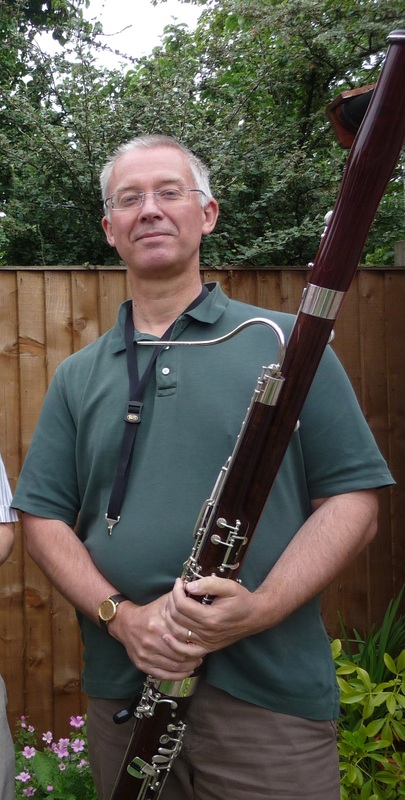 Ian was born and spent his first 18 years in London. Ian's musical life started aged 8, as a chorister, learning clarinet at 11 with Gill Hopwood and bassoon at 13. Eighteen month later he became a prestigious Junior Exhibitioner at the Royal Academy of Music, having bassoon lessons with David Chatterton (Royal Philharmonic Orchestra, English Baroque Soloists, Orchestre Révolutionnaire et Romantique, etc). David instilled a love of the technical side of the instrument in Ian which has come in very useful in recent years.
Ian attended Warwick University, reading Biochemistry after winning a Warwick University Music Scholarship, and stayed at Warwick, gaining a Ph.D in Chemistry. Musical highlights while at Warwick include playing with the Jacques Loussier Jazz Trio and singing with the CBSO under Simon Rattle. Then followed academic posts at Manchester, Sydney (Australia) and De Montfort Universities before joining Daresbury Laboratory in the mid 1990's.
Until mid 2008, Ian worked as a scientist at the Synchrotron Radiation Source (a particle accelerator for making intense beams of x-rays) at Daresbury Laboratory. Ian has (co)authored more than 40 scientific and technical papers in refereed journals. The Synchrotron Radiation Source was the UK's national X-ray light source for more than 25 years. It ceased operation in June 2008 due to old age, being replaced by the newly built DIAMOND light source at Harwell. Despite being offered a new position at Daresbury Laboratory,  Ian decided this was the right time to become his own boss and is now very happy running his own business repairing woodwind instruments - www.ianharvey.uk.com.
Ian plays principal bassoon in Stockport Symphony Orchestra, where he was Secretary for 3 years and librarian for a further 4 years. He also makes occasion appearances (when time permits) on both bassoon and contrabassoon with Bolton and Wilmslow Symphony Orchestras and Cheshire Sinfonia.